The speaker Michael Osborne was part of the previous event. To review the most recent speakers list, click here.
View All Speakers 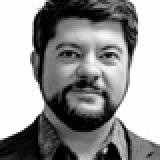 As CEO, Michael Osborne provides grounded leadership and unwavering focus on building SmarterHQ’s innovation, growth and success. Osborne most recently served as Chief Revenue Officer for Bazaarvoice (NASDAQ: BV) where he helped lead the company to their Initial Public Offering in 2012 after growing the business for nearly seven years, from less than $1 million to more than $130 million in annual sales. In his role, Osborne will report directly to Howard Bates, CEO and Chairman of the company and he will oversee and assist in company development, strategy and growth.

Much of Osborne’s career has been spent in executive leadership roles at Bazaarvoice building the company’s sales team into more than 120 members and assisting in establishing multiple international offices. Prior to his time at Baazarvoice, Osborne spent nearly 5 years at Coremetrics, (Acquired: IBM) where he built and managed the client services team, achieving an impressive near 100% enterprise client renewal rate.

Osborne earned his Bachelor of Science degree in electrical and computer engineering from Carnegie Mellon University.

Check out the incredible speaker line-up to see who will be joining Michael.