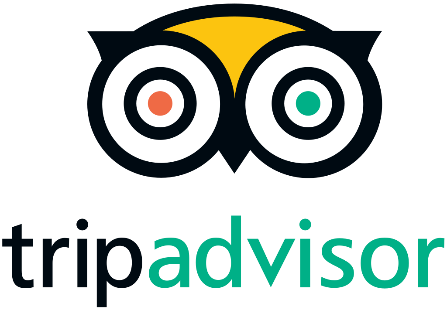 Fake news has been making, well, real news for a few years now. It's being proliferated by dedicated outlets whose sole aim is to spread disinformation online based on the adage that a lie can get halfway around the world before the truth has even put its shoes on.

Fake news has the power to divide countries and swing elections. And in the age of information, the ability to recognize a reliable source from a fraudulent one is arguably more critical than possessing knowledge oneself. After all, the entirety of mankind's knowledge and experience is now accessible from a device we all carry in our pockets.

However, it's not just the world of news and current events that can fall victim to erroneous content. Online reviews can also fall victim to fraudulent posts, whether by envious competitors or malicious members of the public.

As the world's largest review aggregating site, TripAdvisor is more familiar with this problem than most and has recently released its own data to highlight the scale of the issue.

The first of its kind report is the end result of the analysis of a year's worth of data based on reviews submitted by the global digital travel community during 2018. TripAdvisor has made the decision to release the data to demonstrate the lengths it goes to combat the posting and proliferation of fake reviews on its platform.

"Ensuring that TripAdvisor is a trusted platform for our users and listed businesses is a top priority," said Senior Director of Trust & Safety at TripAdvisor, Becky Foley. "We've continued to make advancements to our industry-leading fraud detection efforts in recent years, but it's a daily battle and we are far from complacent."

TripAdvisor understands that the reviews posted on its site can have real-world repercussions for businesses and travelers. Travelers need to be able to trust that the reviews they are consuming will give them an accurate picture of what to expect when interacting with a brand. On the other side of the coin, businesses operating within the travel and hospitality space can suffer serious damage to their reputations and financial prospects if false malicious reviews about their brands proliferate online. 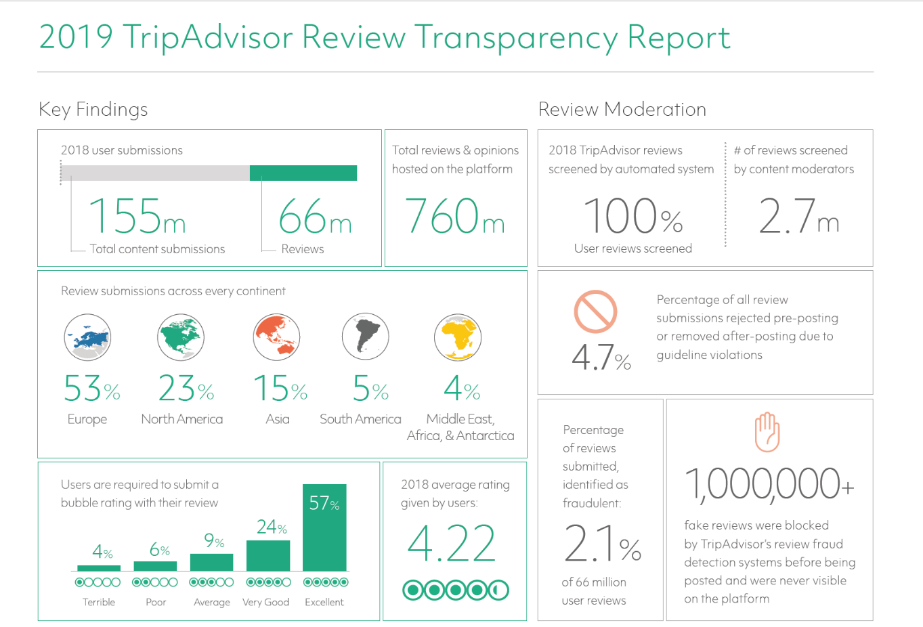 Every one of the 66 million reviews submitted to TripAdvisor in 2018 was analyzed using advanced fraud detection technology, and 2.7 million were subject to additional human assessment by content moderators. Of these submissions, 4.7% were rejected or removed by the brand's automated technology or the content moderation team. Meanwhile, 2.1% of all submissions were deemed to be fraudulent, of which 73% were blocked before they were published on the site.

"Consumer reviews have become essential to millions of tourism activities around the world. It is progress, provided that, as recently recommended by the World Committee on Tourism Ethics, these reviews are reliable and unbiased," said Chairman of the World Committee on Tourism Ethics at the UNWTO (World Tourism Organization), Pascal Lamy. "It is, therefore, encouraging to see that platforms such as TripAdvisor are committed to transparency on how they monitor, control and manage the reviews they receive in order to avoid abuses and frauds."

34,643 businesses were issued with ranking penalties, which are applied when a business is caught attempting to post fake reviews and affect the brand's position in TripAdvisor search results.

Another issue that affects TripAdvisor's offering comes from paid reviews. There are individuals and even whole companies which make money from charging brands in the travel and hospitality space for positive reviews. Since it first became aware of the issue in 2015, TripAdvisor has banned more than 75 websites it found to be trying to sell reviews and even helped prosecute one individual who was sentenced to nine months in prison by the Criminal Court of Lecce in Italy in 2018.

While it's great that TripAdvisor has been so proactive in combatting this kind of fraudulent content, the company is quick to add that it can only do so much. The onus and responsibility must also fall to the big tech giants to do their part.

"While we are winning the fight against fake reviews on TripAdvisor, we can only protect our corner of the Internet," concluded Foley. "As long as other review platforms aren't taking aggressive action, then fraudsters will continue to exploit and extort small businesses for cash. It is time other platforms like Google and Facebook stepped up to the plate to join us in tackling this problem head on."

It will remain to be seen whether Facebook, Google, and their ilk will take up the challenge and back TripAdvisor in tackling fraudulent content.

Download the agenda today for more information and insights.